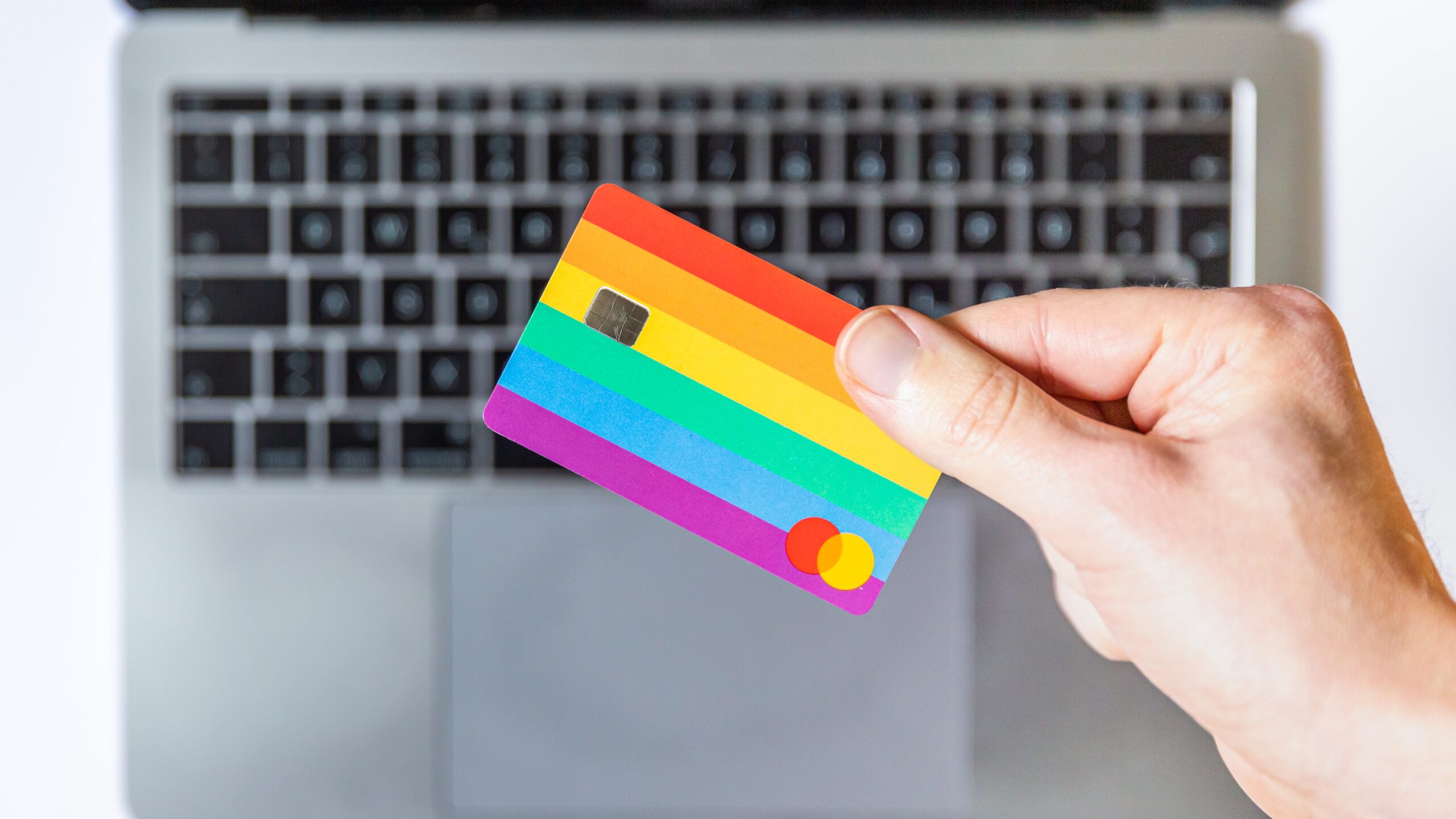 In September 2020 I wrote a critical post “Creditstar: no audit, no problem?“. Recently Creditstar promised that their 2020 financial report will be audited by KPMG and in accordance with Estonian Financial Standards. It is a big improvement when compared to previous situation, but is it good enough for investing?

As I have a very limited understanding of accounting, I asked for help to couple of experts to find out, if Creditstar should now be considered as almost investable lending company?

Expert background: one is a CFO from financial services company that is not directly competing with Creditstar, one is an auditor from Big4, one is an investor that invested in Creditstar through bonds, Mintos and Lendermarket, and one is researching all these lenders on a daily basis.

Is that a common practice to issue bonds before releasing audited report?

Expert #1: In case of normal lending companies that prepare their financial reports according to IFRS, no one checks if bonds are issued before or after audit. But any adequate issuer, of course, would not attempt to issue bonds shortly before the publication of important results as it can significantly reduce investors appetite.

Taking into account that Creditstar has never had any proper financial reporting, then issuing bonds before a public promise to publish first time audited financial statement is a blatant attempt to interfere with investors ability to get information about the financial situation of Creditstar. But it is fully in line with previous Creditstar policy to hide information from investors.

Expert #2: This is not very common, but might happen, if it is a company with a good track record (e.g. last 3 years) of financial statements being consistently audited by Big4 with clean audit opinion and always reported on time.

Probably need to also look at investors’ base such company is targeting, retail investors in less developed capital markets might be more risk seeking and thus might ignore such aspects of investing before reviewing audited financial statements.

Urs Kessler: We usually see, that investors, particularly institutional ones require audited annual reports from BigFour auditors. Sometimes we even see Quarterly review of financials statements from Bondholders. I would not see any Bank or experienced institutional investors to buy bonds of a lending company without having reliable financial statements.

MIFID-professional investor: Bond issues are typically timed based on company liquidity needs. In Creditstar’s case, when previous two-employee no-name auditor has lost licence due to professional reasons AND Creditstar accounts have been continuously done based on local GAAP instead of IFRS, any professional investor will ask for a properly audited accounts by reputable auditor before investing/reinvesting.

Other comparable companies (for example Mogo) are publishing audited reports in May.

It’s pretty strange for Creditstar to not bother to dispel the investor concerns by publishing audited report in May like peers whilst knowing 12 months before that they will need to issue new bonds in end-May to refinance previous bond issue.

What do you think about following statement from Creditstar?

IFRS 9 is not very convenient for lenders because it requires an increased number of provisions to be reserved, which carries an increased amount of funding costs. On the other side, it is actually quite interesting for companies like us to adopt IFRS 9, because as soon as we adopt it we will open up ourselves for much cheaper sources of funding from institutional investors who actually require IFRS 9 to be able to give us money…which will be not to the benefit of P2P investors because if Creditstar will have much cheaper source of funding from institutional investors, there will be less need to put loans on the P2P platforms

Expert #1: Such a statement shows the company’s absolute non-professionalism and cynicism. Are their other accounting policies also implemented only if they are beneficial to them? It is weird to hear such public announcements to put it mildly.

Expert #2: Such statement is misleading to put it lightly. It is in benefit of all investors and stakeholders to have an issuer/company that follows internationally accepted standards that increases transparency and comparability as well as provides credibility.

Investors do not generally seek just blindly higher return rather they appreciate the best risk/reward proportion, I believe that P2P (as well as any) investors would be totally happy to invest even at lower rate if risk/reward proportion improves and certainly IFRS is designed to hold companies accountable and thus has generally lower risk component than company reporting under local standards.

Urs Kessler: I need to split the statement into different points:

IFRS 9 is not very convenient for lenders as it requires an increased number of provisions. Higher provision would increase funding costs.

I agree to this. Creditstar would need to significantly increase loan loss provision if they would use IFRS 9 what would have a significantly negative impact on their equity. This would increase their funding costs.

If Creditstar would open itself to IFRS they would pay lower funding costs.

I disagree with this point. Based on my estimation of the additional loan loss provision under IFRS 9 they equity would be much lower and end up well below peers like Mogo or Iute. I would assume that it could be very difficult to issue bonds once financial statements under IFRS would be available. Thus I would even expect funding costs to raise once IFRS 9 is applied.

If Creditstar would use IFRS 9 there would be lower funding costs due to demand from institutional investors and less return for P2P.

– I doubt much lower funding costs would exist

MIFID-professional investor: IFRS 9 requires lender to recognize expected default losses at point of loan issue, as opposed to GAAP that allows recognition after actual default. As a result fast growing lenders like GAAP much better, because GAAP-backloading of losses especially if coupled with fast asset growth inflate the company results.

Switch from GAAP to IFRS would trigger significant one-off loss, for company sized like Creditstar measured in millions.

A good CFO can do a back-of the envelope calculation estimating this one-off, thus Creditstar management must know how much of equity they will have left after switch.

Creditstar pays to investors 2-3% interest premium over peers to avoid disclosing this number.

At what size should a lender adopt IFRS standard? Is there a big difference between Estonian Financial Standards and IFRS?

Expert #1: I don’t know whether Estonia has any legislation which makes it mandatory to apply IFRS, but any adequate lending company that wants to raise money, would typically choose to apply IFRS9.

Expert #2: Size might not be too important, but would say that the broader the stakeholders that follow company the more likely for company is to have IFRS adopted. And certainly, ambition to tap capital markets or large investor base would qualify for such.

Not able to comment on difference between Estonian GAAP and IFRS in details. In general local country GAAPs are relatively quite close to IFRS however not fully, there are important differences especially for financial services companies, thus you can see that regulators require banks and insurance companies for example always report under IFRS. There are important aspects under IFRS that help to better show true result of company operating in financial  services industry (e.g. fair value of the receivables portfolio).

Urs Kessler: I see companies with a loan portfolio of 25 Million plus to use IFRS9.

I would not say, that loan volume should be the determining factor. For me the determining factor should be if a company borrows money from the public. Thus Creditstar should definitely use IFRS 9 like the main competitors do. How complex the model used is could then be discussed based on the complexity of the loan portfolio. As Creditstar is in the business for years, they should have necessarily data to properly do IFRS 9.

I have not much knowledge about specificities on Estonian Financial Standards. They are in most areas close to IFRS. However looking at the AUP done by KPMG it seems like that companies are not required to have as strict impairment requirements as IFRS 9 is asking. Thus resulting in significantly lower impairment provision as stated by Creditstar and as we find out if we compare loan parameters with competitors using IFRS 9.

Expert #1: I don’t want to spend my time analyzing useless and theoretical models. It has no link to reality and normally company policies are published as a part of AFS when we can be sure that it has been implemented. For me personally it is hard to understand why Estonian financial regulator allows to attract tens of millions EUR from investors for a company that has never been audited, even if formally no regulation is violated.

Expert #2: Under brief review seems model might not be fully in line with IFRS 9 – few things that caught my eye – PD seems to rely on historical roll rates, however more common practice would be to use some statistical model that is better estimation of future default rates and IFRS 9 also require to incorporate macro effects, I see that Covid has possibly been considered however again more common practice is to use a statistical macroeconomic indicators model here. Hard to comment on possible effects of both aspects if applied.

In general company itself states that their impairment model is being calculated under ‘historical loss method’, however IFRS uses ‘estimated credit loss’ model. There are several companies for whom transition to IFRS 9 (mandatory since 2018) resulted in significant one time cost – see 4finance (picture attached) and Ferratum as example.

Urs Kessler: The impairment model might be in line with Estonian financial reporting requirements what is also confirmed by KPMG however it leads to significantly lower impairments compared to IFRS 9. Based on my own calculation taking into account public information available on Mintos, I judge the provision for future loans losses as too low. I particularly judge the loan loss provision in Poland as well as Spain for not sufficient.

MIFID-professional investor: Didn’t really review. These models are highly sensitive to choice of assumptions and way of using raw data, so didn’t want to waste time before getting properly audited annual report by reputable auditor, see answer to point.1

At the same time Pending payments for Creditstar on Mintos have been increasing lately. I think it is fair to assume that cash was needed to repay bond holders and handling repayments to P2P investors was a second priority: 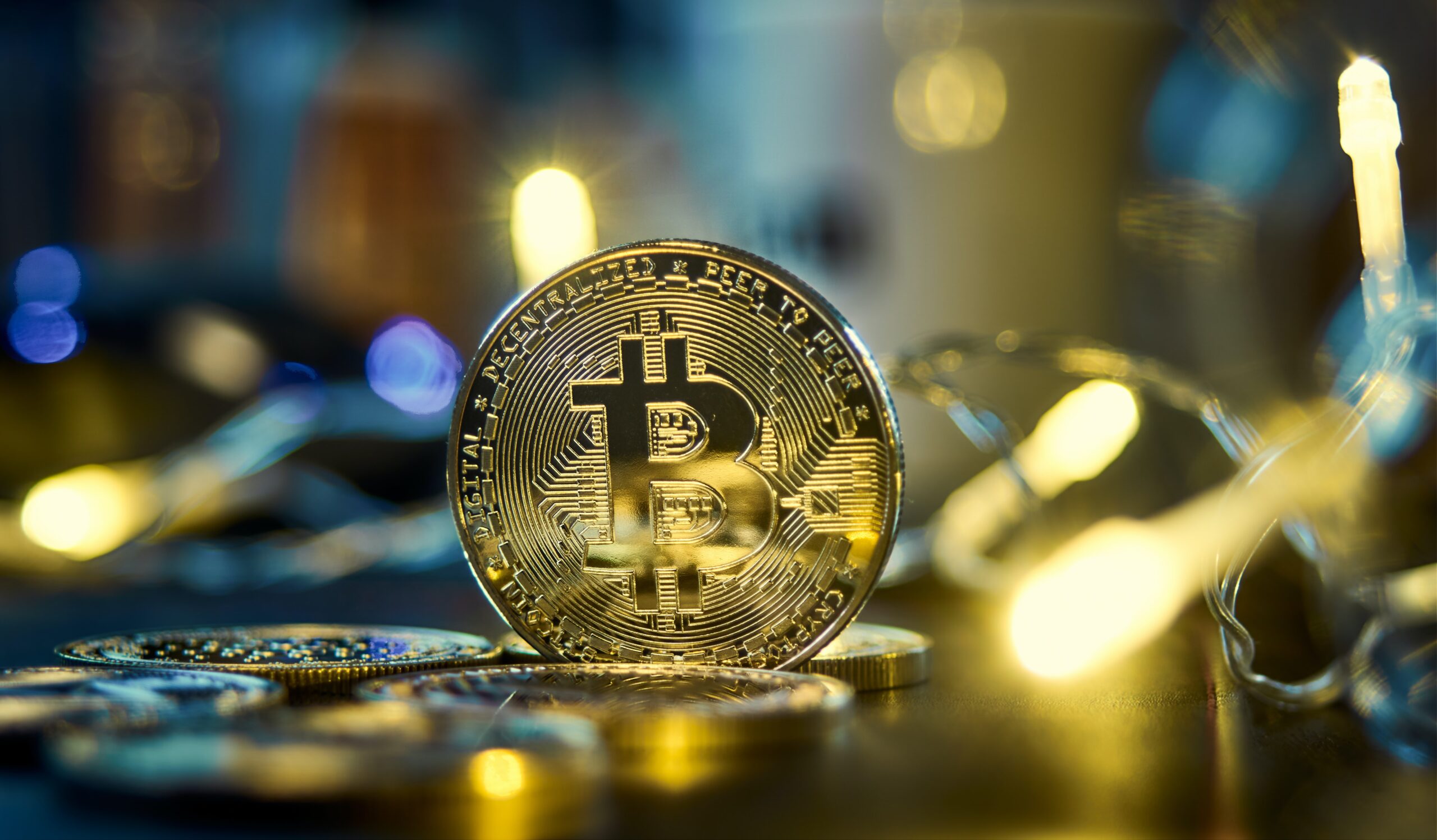 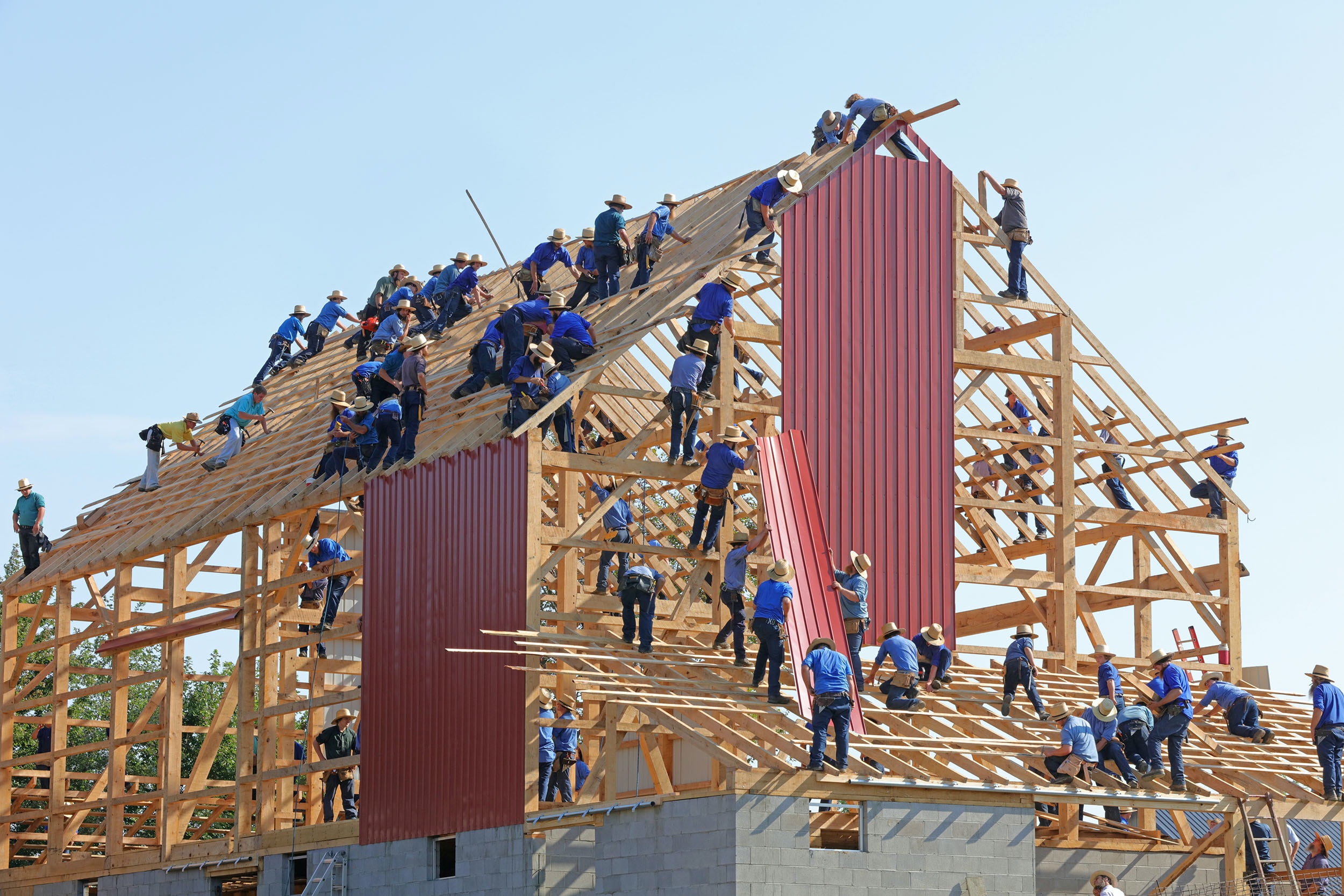 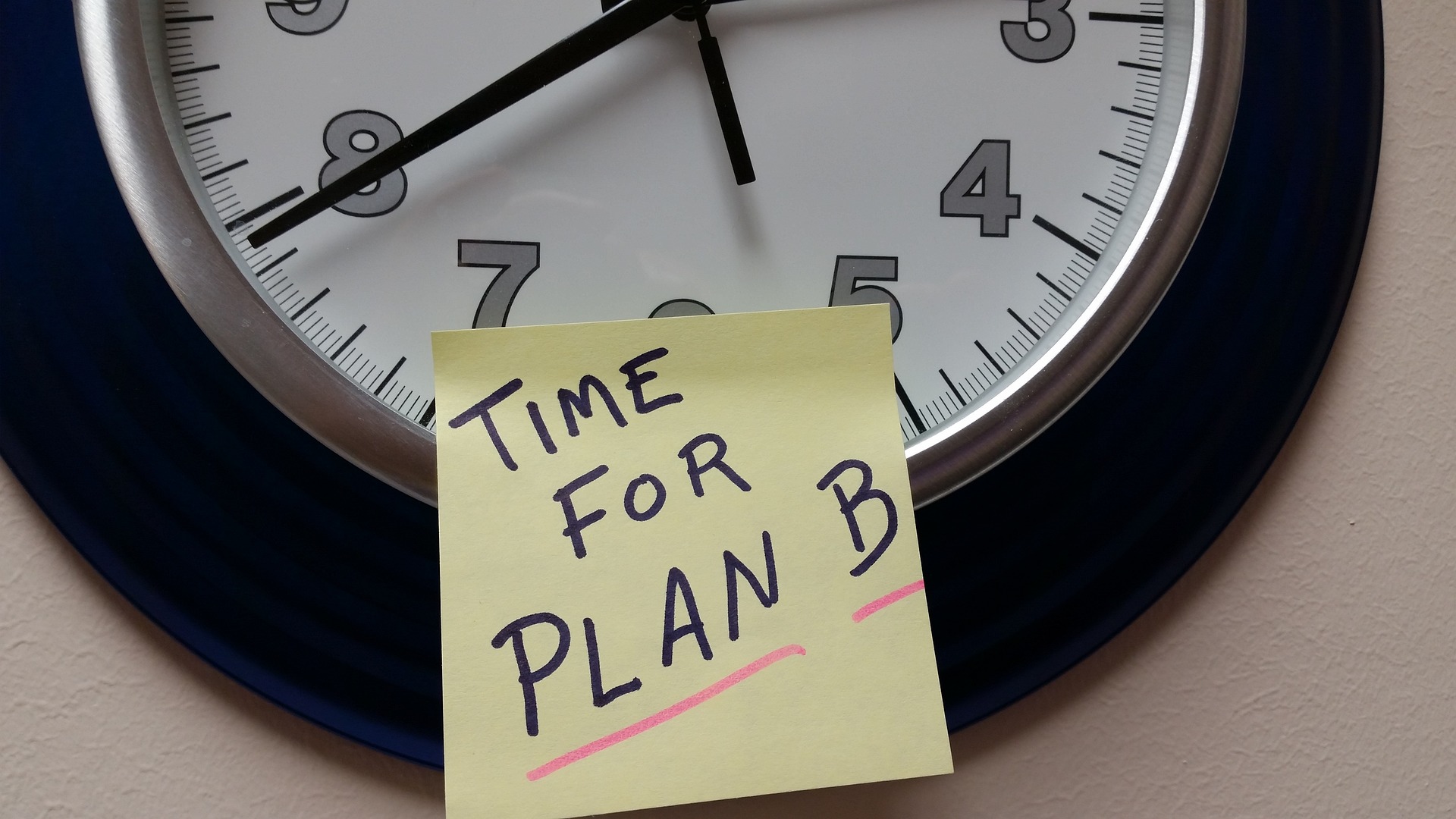 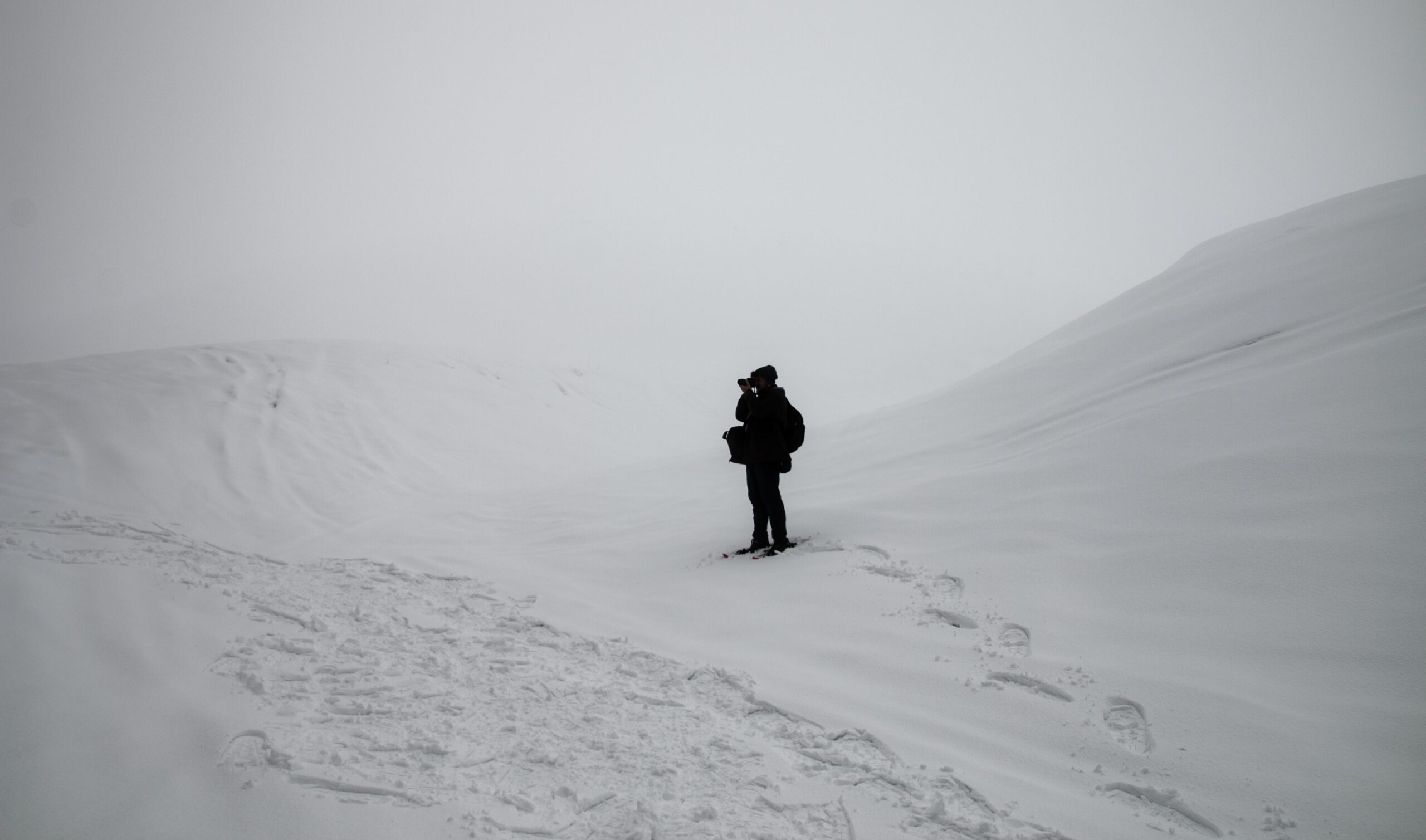